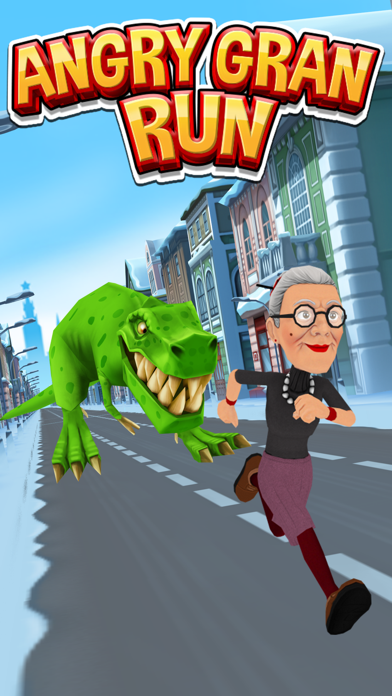 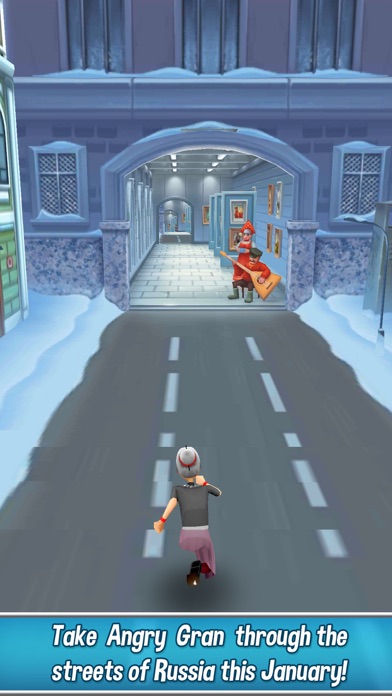 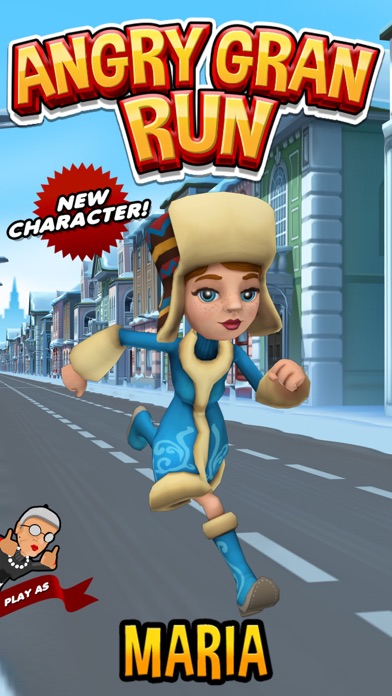 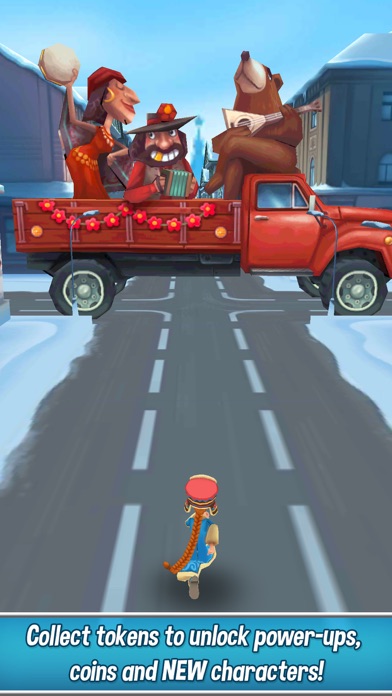 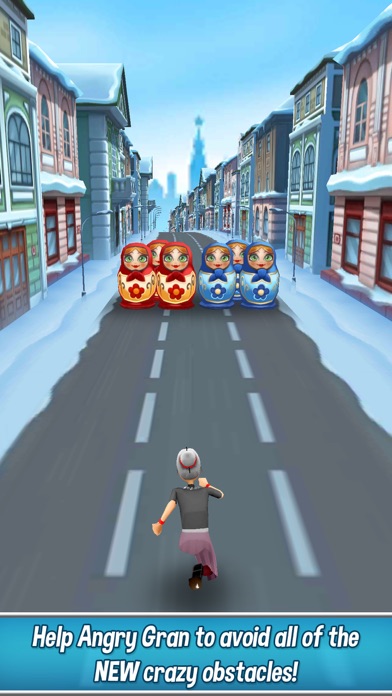 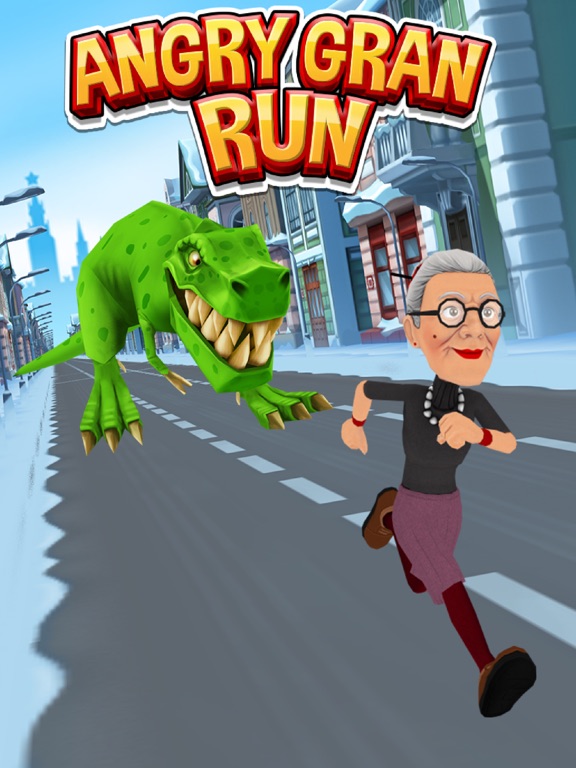 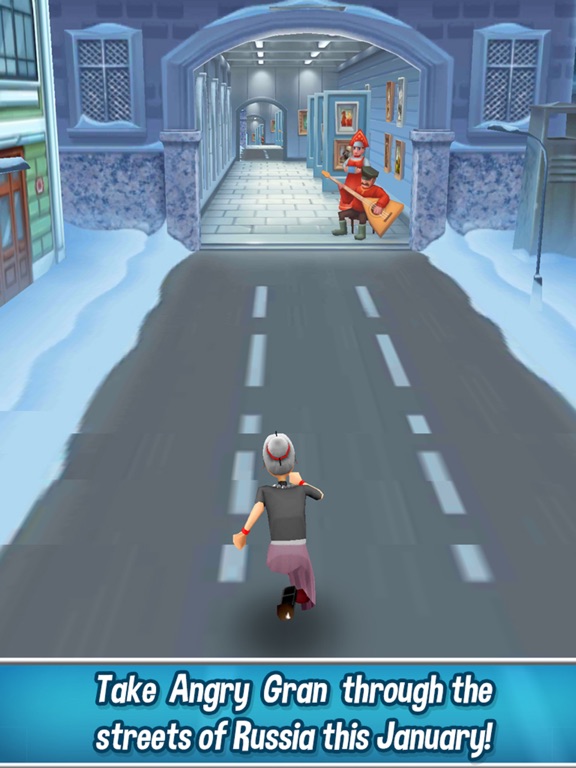 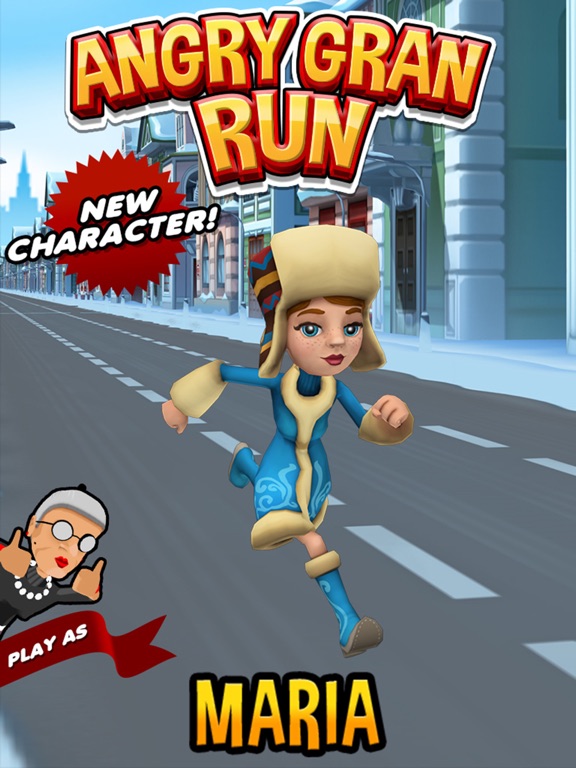 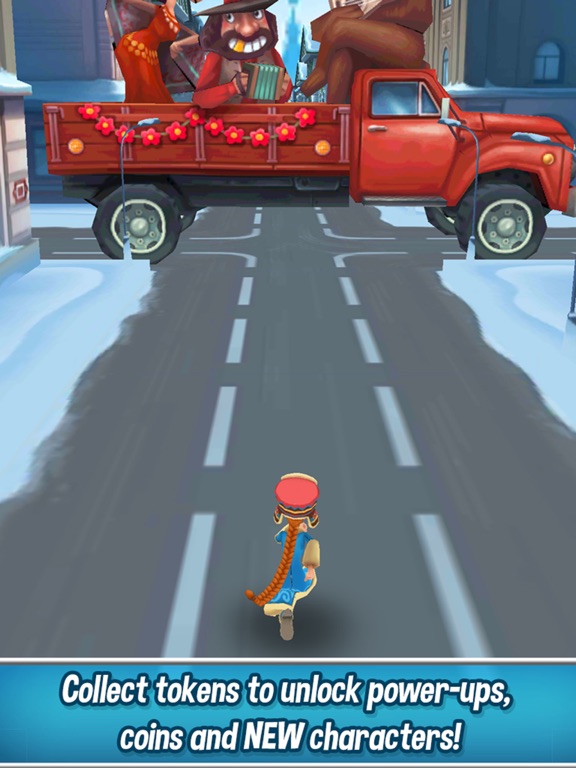 Can´t get enough of Angry Gran? Bugs causing problems? Ideas for future updates? Then we want to hear from you! Click the feedback button in the options menu and drop the Angry Gran Run Team a message.

内容提要
Take to the streets with ANGRY GRAN RUN!

Our Angry Gran has been locked away in the Angry Asylum, she´s plotting her escape, and she needs YOU to guide her through the streets once she´s busted out!

Run, jump and slide over and around tons of different and WACKY obstacles in this crazy new running game!

THE PUNKS ARE BACK! Bash them out the way and grab their coins to clear up the streets once and for all!

Change your look by buying new costumes including 70´s hippy gran, wonder gran and even a PENGUIN COSTUME!

Forget temples, jungles and subway stations - the cities of New York and Rome await you!

Buy and upgrade loads of different power-ups like BULLET-TIME and INVINCIBLE SHIELDS.

Watch out for ALIENS, DINOSAURS and other INSANE stuff!
相关游戏